The Voice Of Nepal Starting From 18, August in Kantipur HD Television 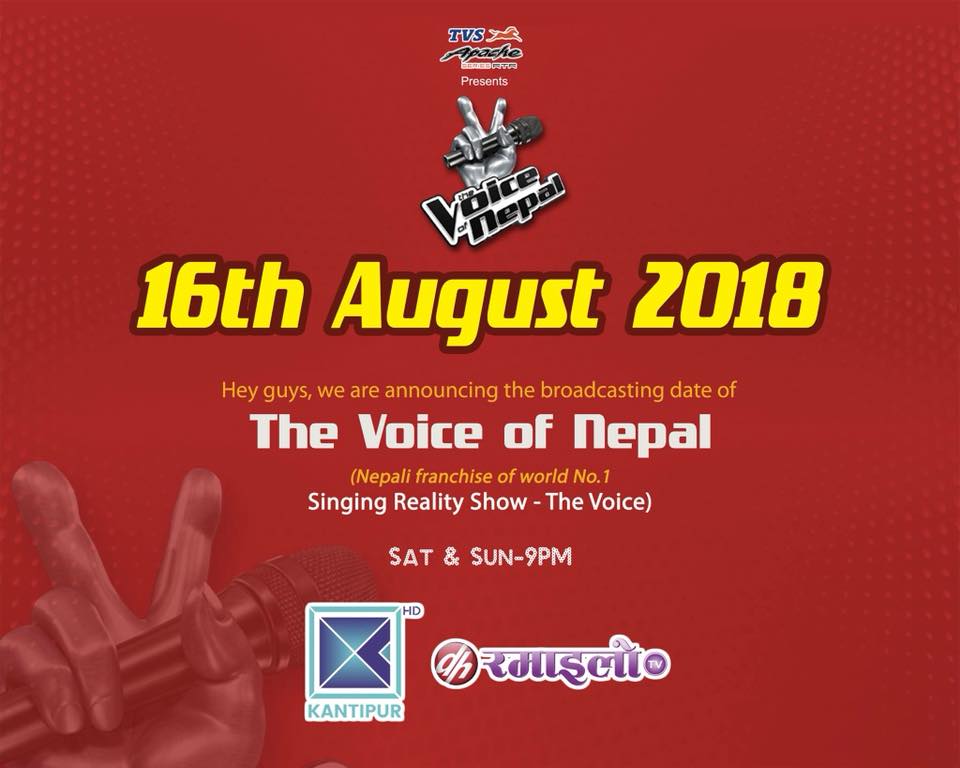 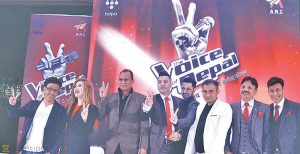 Finally, The Voice Of Nepal is about to broadcast from 18 August i.e from this Saturday on EKantipur HD Television. So now get ready for the full entertainment as Nepal Most Biggest Reality Show Nepal Idol and The Voice Of Nepal are broadcasting. The Nepal Idol has already been started which is on 9 pm Thursday and Friday. So from Saturday and Sunday, The voice of Nepal will be broadcasted at 9 pm too.

Digital audition for the TV show has recently concluded and the judges for the show are set to begin blind auditions throughout the country, the organizers informed at a press meet in Itahari, Sunsari.

As per the format of the show, the judges will serve as coaches and during the blind audition, the ‘coaches’ will select their own cohort of singers that they will individually train throughout the show. Singers Deep Shrestha, Pramod Kharel, Sanup Paudel and Abhaya Subha will serve as the coaches for the show.

Laxman Poudel who had served as the director for Nepal Idol will spearhead the programme. Firoz Timalsina will be the co-director.

Teams from the Netherlands and India are coming to provide technical assistance for the show.

The show has been divided into three rounds; Blind Round, which is set to include personal footages of the participants along with  Battle Round and the final live show.

In the live show, the audience will see the top four contestants compete with each other, among whom a winner will be picked.

The winner is set to receive Rs 2.5 million and an album contract. The show is slated to air in July. Source: kathmandupost.ekantipur.com

Songgit wishes all the contestant Best Of Luck.

Yes after organizing its successful programs in almost every country, now the team of “The Voice”, the International singing reality show is coming to Nepal this year as “The Voice of Nepal”. According to Laxman Paudyal, the former director of Nepal Idol, the team will land soon in Nepal. Paudyal is heading Nepal’s The Voice franchise along with other teammates of Nepal Idol’s first season. Sushil Nepal and Firoj TImilsina are also presented as part of the team and judges aren’t yet finalized.

“The Voice” was originally created on September 17, 2010, in the Netherlands. “The Voice” is an international reality television singing competition franchise. It is based on the reality singing having competitor “The Voice of Holland” originally created by Dutch television producer John de Mol. Since then many other countries adopted this format and begun airing their own versions since 2011. It has become a rival to the Idols franchise, Rising Star, The Four: Battle For Stardom and The X Factor.

The show has format featuring five stages of competition: producers’ auditions, blind auditions, battle rounds, knockouts (since 2012) and live performance shows. The contestants who successfully pass the blind auditions proceed to the battle rounds, where the coaches put two of their own team members against each other to sing the same song together in front of a studio audience. After the vocal face-off, the coach must choose only one to advance. If no specific winner can be identified the competition turns to a game of fate via a coin toss. In some versions, there are steals where opposing coaches can steal a contestant who was voted off by their own coach by pressing their button. As in the blind auditions, if more than one coach presses their button, the contestant chooses which coach they want. Each coach has a set number of steals. In some versions, the winners of the battle rounds proceed to the knockout rounds (dubbed Super-battle round in some versions).

Live shows
In some versions, all contestants perform each week and only the public’s vote determines which contestants advance in the competition, a format similar to both Idols and The X Factor. This means that any contestant can be eliminated and no coach is guaranteed a spot in the finals. Along with this elimination method, there is an Instant Save in certain versions, most notably the US version, Israeli version, and Australian Version, where contestants (usually two or three) who are in danger of elimination have to perform again and another vote is conducted to save one of those contestants.